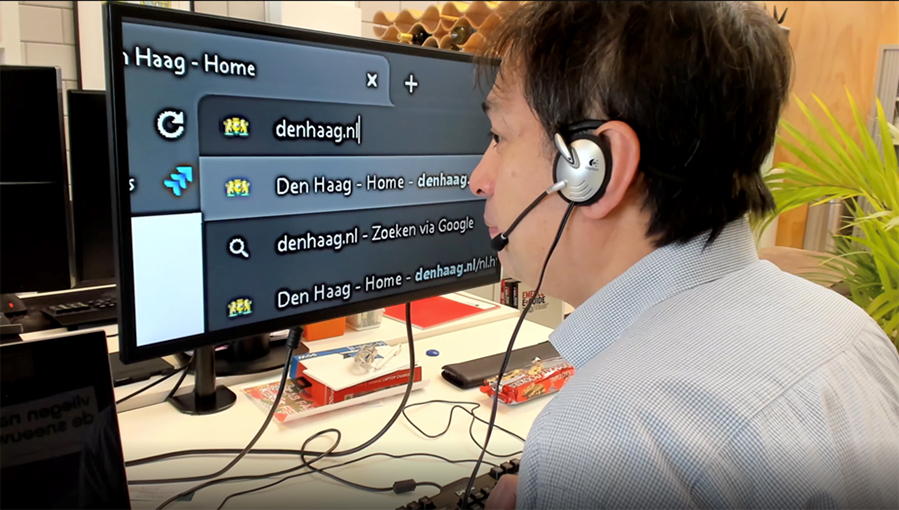 A while ago, Ivar Illing, community manager at Visionair, was interviewed by Sabine Aangenendt from Communication Agency BuitenZinnen. Quotes from the interview were used for some of our communications items, but the entire interview was never published. The conversation gives a nice insight into the motives of one of the co-initiators of Aally and we hereby offer you the opportunity to read it:

Ivar Illing plays an important role in the development of Aally. Because of his reduced vision, he not only endorses the importance of accessibility, but also understands better what makes people with challenges really happy.

“Since the emergence of the digital age, accessibility has been an issue,” said Ivar – Community Manager and co-developer of Aally. “I am from 1971 and have literally grown up with all technological developments. I have a vision of 1% and at primary school I relied on meters of thick Braille books. Try to get those in the classroom. That was super inconvenient. For me, the emergence of the digital age was really a relief. In high school, I was one of the first students with reduced vision. In those days you automatically went to special education if there was something wrong with you. I didn’t want that, which was a nice challenge. “

“I have a view of 1% and at primary school I relied on meters of thick Braille books.”

“I started studying in 1994. Developments succeeded one another quickly. Windows 3.1, that’s where it started. Then followed Windows 95. I wanted to know how I could convert that to Braille. I also experimented with enlarging graphical interfaces. What was possible and what was not? Voice support, now a simple tool, then consisted of some faltering robot voices. But I was happy with it. Anything was better than those thick braille books. I found the developments fascinating and saw opportunities. Studying was a side issue. “

“Voice support consisted of some faltering robot voices, but I was happy with it. “

“Everyone was pioneering. Me too in my own way and it was noticed. A company specialized in low vision solutions offered me a job. I started consulting and provided training. Later, as Product Manager, I developed several practical solutions for people with reduced vision. Along the way I got a lot of discouraging reactions, but I believed in it just as I now believe in Aally. I didn’t want to copy, but to innovate. It turned out well in the end. The products that were criticized so much have proved to be the most successful. I have obtained a patent on a number of them. “

“Aally is innovative. What makes us different is that we understand that one solution is not enough. One challenge is not the other. What works well for me makes a web page completely illegible for someone with dyslexia. We therefore do not reason from a technical point of view, but from the end user’s and the customer’s viewing point. When people try out our solution, they are surprised at its simplicity. A second challenge is the speed at which everything changes. Aally can help you with this, so lagging behind the facts is a thing of the past. “

“Because I have a limitation myself, I understand what others are experiencing better. I dare say that if every website implements Aally, the accessibility problem would become much smaller. At least that’s good news, right? “